Creative writing has been a life long activity. Even when I was young I would write poetry and stories in my spare time. The writing broadened to include non-fiction during while at university and graduate school. This continued through various work situations. I still do professional writing for corporate clients. But prefer creative writing.

Writing is very different than Visual Art. It is mediated by the written language. As an activity it is integral to my creative process.

A collection of Poetry will be added as a separate page. In the meantime, here are two samples:

Life is full of ordinary magic,
in eyes, words, and, actions.
Look around.
It is not large things,
or major events,
that make the world
a living thing.
It is filled with commonplace miracles
between friends
and among strangers.

When Nick the Brick was indiscreet,
They wrapped cement around his feet,
And pushed him off into the bay,
To chat with fishes every day.
And with a Salmon he did gab,
'bout who'd been good, and who'd been stabbed.

Then one day upon a hook,
They caught a fish who knew the crooks.
An aquatic witness at the trial,
Made the case for crimes so vile,
And in the jail, agreed the mobsters,
We should have put him with the lobsters.


This last one was written as part of a group writing exercise at the Inkwell Writer's Group. The group was given the word "Indiscreet" and given 10 minutes to write a poem.


Theatre is a wonderfully comprehensive and collaborative activity. Many different skills and crafts go into the production of even the smallest play. Over the years I have been participating in theatre as an technician, designer, actor and producer. Writing plays is very rewarding, but even more rewarding when the process involves the actors themselves.

Recently I adapted a play "In My Salad Days When I was Green" (performed in 1995 at the Princess Cinema in Waterloo) into a one act play, and it was produced with the help of a local theatre company. During the production we acted very collectively, it was a very rewarding experience. It allowed me as a writer to experience the development of the characters with perspectives of others. The script was modified during preparation, and original music was included.

Recorded Live on a small camera, please excuse the video and sound quality.
If you have stereo you can turn down the piano by adjusting the balance.

The play began life as a dialog for a graduate course on Soren Kierkegaard, taught by Prof. Richard Holmes of University of Waterloo Philosophy Department. It was adapted to a play and performed while I was still in school. "Downtown" is my preferred version of the project. The material is reduced to the core ideas, and the characters developed into a better rounded form.

Besides Creative Writing I am involved in Editing and Publishing. It provides an opportunity to help people develop and share their ideas - an activity which enriches the creative process. Much of the work is in a corporate context; however I also work with private clients.

Recently I had the opportunity to work with Erina Booker and David Kessler on their recent book. The work features a collaboration of Erina's poetry and David's innovative digital art. 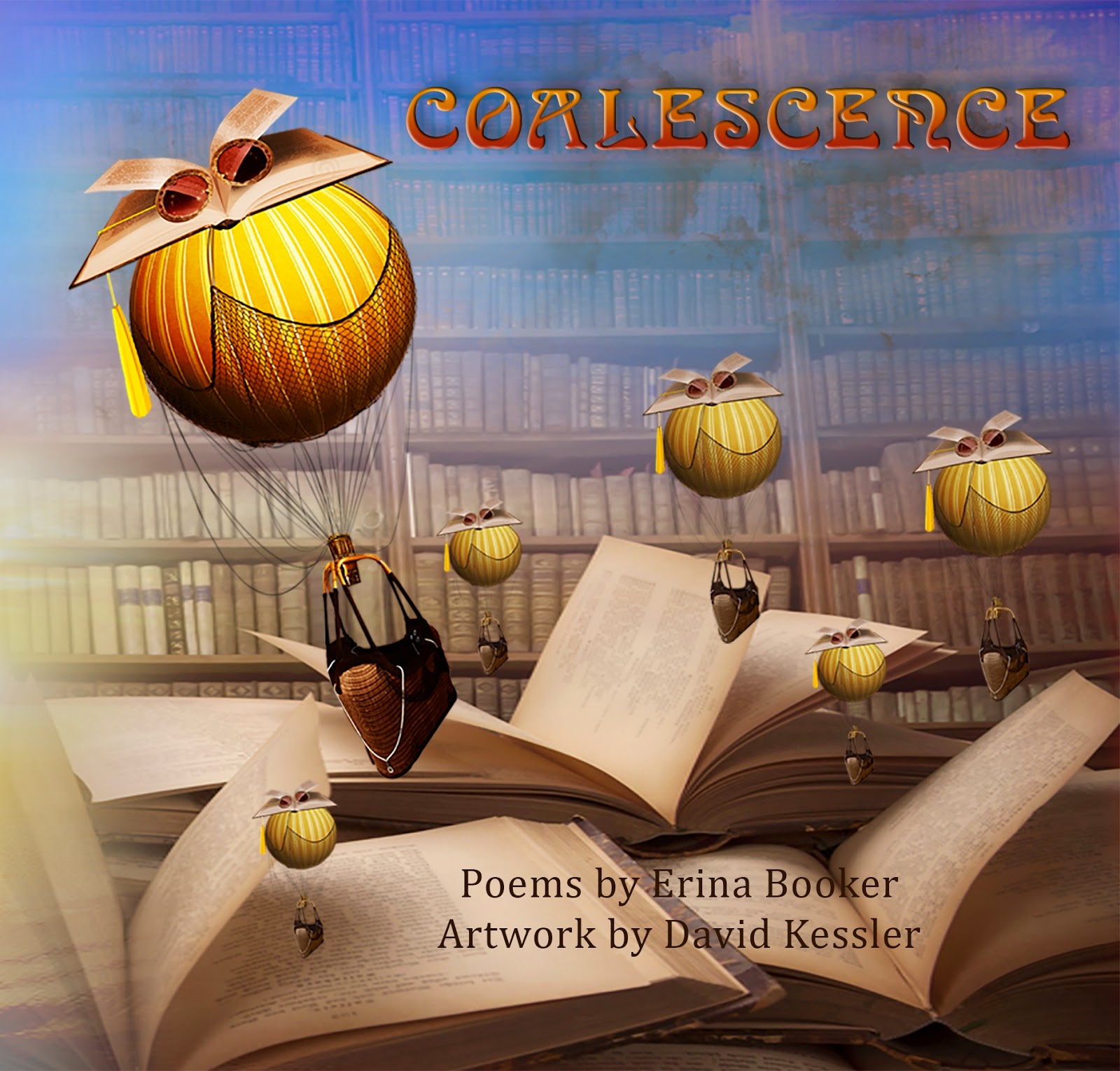 More information on the book is available here: http://coalescencebook.blogspot.ca/

There are currently two other works in progress, which will be announced shortly.

I am always interested in discussing new projects, whether in a corporate or personal context. Services include editing, publishing, graphic design for publication, presentation and web sites. I can be contacted at hawleyderik@gmail.com.

Posted by Derik Hawley at 9:20 AM No comments: